Liberty and Justice for All

Liberty and Justice for All   | Jessica Bussert  |  Founder & CEO Friday, May 15th

As you all know, over the past few months I’ve been almost exclusively focused on COVID-19.  The urgency and magnitude of the virus is such that many of us have experienced similar reactions.  We’ve understandably become mono focused.  But while we’ve been worrying about the pandemic we’ve stopped paying attention to other issues of equal importance.  I’d like to address one of those now.

My spouse and I raised five children to adulthood.  Three of our kids are white, the product of my first marriage and two are black.  I met our future daughters Betsie and Germaine about 25 years ago during a clinical mission trip to Haiti.  They joined our family a few short months later.  As all the kids fell within a four year age span, they attended the same schools and participated in the same types of extracurricular activities.  That said, their life experiences were very, very different. 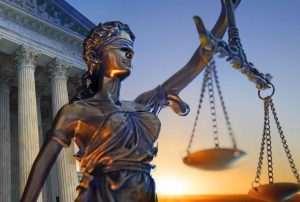 Blacks are REGULARLY hunted down and killed by bigoted f*cks who get away with their crimes by claiming “stand your ground” or “citizen’s arrest” or “I was afraid”.  Reverse those roles and ask what would happen if a black shot a white and claimed it was for a citizen’s arrest?  You know as well as I do what would happen… death row is filled with similar stories.

And those are just the big events that catch the eye of the media.  What about the countless other injustices that go unnoticed due to their commonness?  The better qualified black man who misses out on the promotion due to the color of his skin?  The black woman who has to work twice as hard as her white peers just to maintain the same level of respect and regard simply given to their white counterparts?

When I was in Brooklyn I was working at a county hospital situated in the middle of a predominantly black neighborhood.  The hospital was poor and had limited supplies and equipment.  What we had was often older and outdated.  The IV pumps?  Don’t get me started!  I’m now just a block away from Mt. Sinai Hospital in Manhattan.  While I’ve not worked there I can tell right now how nice it is simply by observing the facilities, the staff, and the patient population who visit it.  Mt Sinai serves a wealthy, white population and I will bet anyone of you $1000 bucks right now that they have better outcomes than the hospital I just left.

Please understand that I’m not bitching about either facility.  Both are staffed with dedicated healthcare workers doing their very best to help their patient population.  But the tools and resources they are given to work with are drastically different.  And the only reason for that is race.

As a child I grew up reciting the pledge of allegiance at the start of each school day.  With my hand held over my heart I would declare…

“I pledge allegiance to the Flag of the United States of America, and to the Republic for which it stands, one Nation under God, indivisible, with liberty and justice for all”

Those famous words were originally written by Francis Bellamy in the wake of the Civil War.  A Baptist minister, Bellamy championed the rights of working people and the equal distribution of economic resources, which he believed was inherent in the teachings of Jesus Christ.

Today I look out at our nation and I cry for what we have lost.  Come November we need to take back our nation and make it once again a place for “liberty and justice for all”.